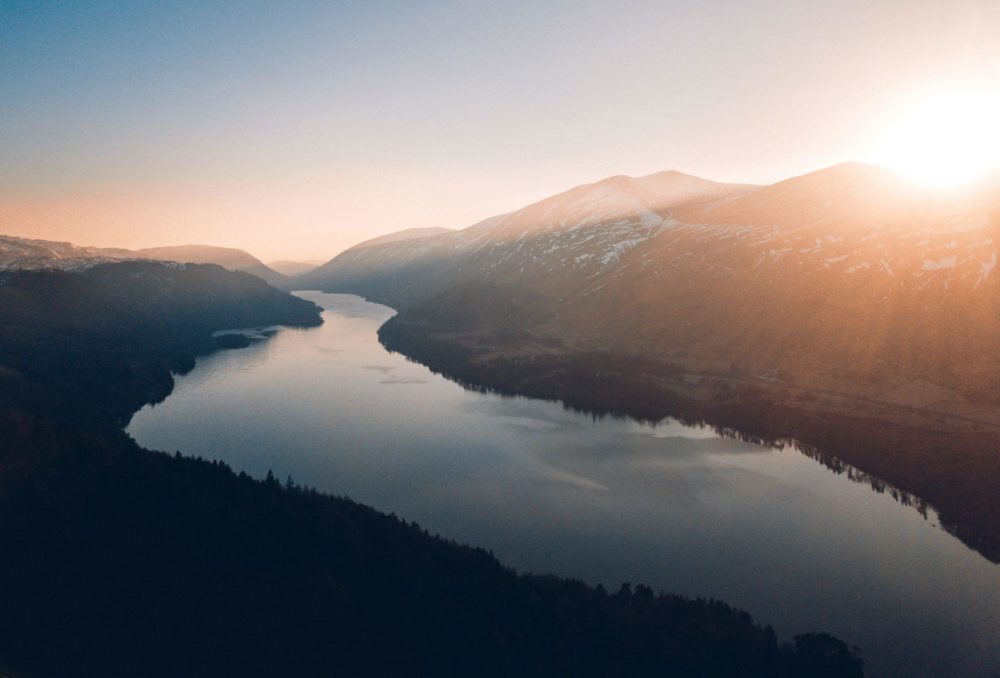 In order to assist policymakers make the jump from Nexus Thinking to Nexus Doing, the REXUS project is developing novel tools that allow to predict and visualise future socioeconomic pathways in response to external shocks and policy changes. How do these modelling tools, based around System Dynamics approaches, work and how can they turn Nexus natural resources analysis into a practical tool for policymaking? To find out, we spoke to IRSA and the Cambridge University Centre for Sustainable Development, the REXUS partners leading the Work Package on ‘Advancing Nexus Thinking’. Interviewed by Global Water Partnership – Mediterranean, REXUS communication and dissemination leader.

Nexus analysis examines cross-sectoral interlinkages: for example, the cost of energy may affect irrigation practices, with a cascading impact in terms of crop productivity and ultimately on societal and economic well-being.

Q. What is the REXUS project aiming to do differently regarding Water-Energy-Food-Climate Nexus analysis?

A. When trying to study a complex system, such as the entire social, economic and environmental system around a river basin, you need to understand what makes the system ‘tick’ – which forces within the system are pushing and pulling it in specific directions. There are many different variables: the population dynamics, market prices for agricultural products and energy, the availability of fertile land for agriculture (and competing land uses), and many more. Understanding how these interact is our first step and the Nexus viewpoint is invaluable in this respect. But in order to predict the future behaviour of the system, we need to predict how these variables influence each other over time, with reinforcing or weakening effects. REXUS is introducing a novel approach that can make a big difference in this respect.

Q. So, REXUS aims to understand how Nexus systems change over time?

A. Yes, adding the dimension of time in Nexus analysis is crucial, as it allows us to not just focus on trade-offs today, but to fully unravel system evolution over time, potentially turning sectoral ‘competition’ into synergies for building a resilient system. However, analysis of a system’s changes over time is particularly challenging when the cross-sectoral impacts of sectoral actions/policies need to be taken into account: for example, the cost of energy may affect irrigation practices, with a cascading impact in terms of crop productivity and ultimately on societal and economic well-being. A thorough understanding of system interconnectedness can help us predict the direction of the entire system over time and how it is likely to respond to external changes, shocks, or factors such as climate change, which may tend to throw it off-balance. This is where System Dynamics Modelling (SDM) comes in, a cornerstone of the REXUS approach, which allows us to map out different possible pathways for things to play out and to reveal unintended consequences of policy decisions across all the coupled resources sectors of water, energy and land.

External factors, like market prices, have a cascading impact on all the Nexus sectors of Water, Energy, Food and Ecosystems. The REXUS approach is adding the dimension of feedback loops over time – predicting how these changes will play out in the long run.

Q. Does this mean that System Dynamics Modelling can predict how natural resource systems in the future respond to policy changes today?

A. Indeed, the use of SDM allows us to understand the potential future evolution of the system when it is ‘pushed’ in a particular direction. This ‘push’ can come from external factors, like extreme climate events, or changes in global market prices. But it might also be an ‘internal’ policy action performed by agents who manage one of the elements of the system, such as natural resource, but ignoring the propagating impacts on the other elements. While it may be relatively easy to assess the short-run effects of these factors, as well as their costs and benefits, it is more complicated, but also more important, to assess how they might affect the system tomorrow and which trade-offs might be produced. This is what REXUS will do in in its 5 pilot sites. SDM will help identify the overall direction the system is taking and characterize its ability to respond to shocks, absorb stresses and predict the speed with which it recovers after a disturbance (i.e. the system’s ‘resilience’).

Q. How can these future directions be visualized in practice?

A. The ability to visualize and analyse future pathways will be achieved by linking the changes predicted from the quantitative System Dynamics Models to a series of coupled Sankey diagrams for each resource sector. These show the transformation of each resource from its source availability through to the final services it provides (e.g. the amount of land brought into agriculture to produce quantities of food). Starting with an initial baseline representation of the current balance of resource uses, further sets of Sankey diagrams produced at regular future time intervals can show how the balance of uses changes in response to system pressures and future policy choices. This will produce a powerful representation of the implications of desirable (and undesirable) actions, to support the transition from Nexus Thinking to Nexus Doing through the REXUS project.

Q. Can you give an example of how System Dynamics Modelling can help explain changes to a system’s resilience over time?

A. For example, a profitable agricultural sector may lead to an overexpansion of agricultural land and an increasing demand for energy and water, at the expense of ecosystems. The effects of this may include erosion of riverbanks, which may then lead to a greater vulnerability to floods. In parallel, greater demand for energy may lead to the development of grey infrastructure, including hydropower dams, which may again put pressure on ecosystems and also increase the vulnerability of the entire system to climate-related shocks. It is very important to be able to analyse and foresee these changes, which may take full effect years after the initial policy change or economic decision, also to identify potential tipping-points for system evolution.

Q. So, the REXUS project will be able to shed light on desirable strategies to make systems more resilient over time?

A. Exactly. If we can represent the mechanisms regulating a system and its potential evolution over time, we can also identify suitable actions (i.e. a ‘strategy’) that should have the desired impact on the system in the future. The coupling between SDM tools and Sankey Diagrams will also provide a straightforward and effective way of visualizing future system trajectories. The well-known analogy with steering a very large ship is pertinent – you turn the steering wheel today, but the ship takes quite a long time to change direction. REXUS will help policymakers see much they need to ‘turn’ and in which direction, for desirable effects to play out in the future.

Q. What role do local stakeholders have in this highly advanced scientific modeling?

A. Our work in REXUS starts and ends with the input of stakeholders, the actual agents of the system under investigation and the end-users of the proposed tools. In fact, we will specifically implement Participatory System Dynamics Modeling. Referring to the local knowledge, we will start building a qualitative System Dynamics Model which does not include equations yet, but simply creates conceptual interconnections between different system components. Stakeholders are invaluable here because, as the users and managers of the system, they are fully aware of all the influences, even the ‘hidden’ ones, and their perceptions are key to unlocking the ‘secrets’ of the system, what really makes it move. Also, in order to be useful as a tool, the model needs to be framed in terms of variables that the users know and understand in their day-to-day experience. Their input is gathered through in-depth, structured interviews, which is then codified to form the qualitative model.

A simple conceptual System Dynamics model, specifically a Causal Loop Diagram (CLD). The key variables describing system state and evolution are identified and connected through arrows (with a polarity) which characterize the causal link. A + mark identifies variables that change in the same direction (i.e. they both increase or decrease), whereas a – mark is associated to variables that change in opposite direction. A key feature of Causal Loops Diagrams is the presence of feedback loops, which may be either reinforcing or balancing, and suggest respectively an exponential increase or a stabilization of the system. Both scientific/technical information and local/expert knowledge is being used for building such SD models.

The next phase comes with the quantification of this model, linking the variables and attaching weights and equations, that allow the model to produce quantified results over time. The integration of expert and scientific knowledge is crucial here. We also see a key role of the stakeholders in the validation of the model, as well as in the collaborative definition and evaluation of scenarios. Many inputs for the quantification of SDM will be gathered through participatory exercises that will be carried out within the Learning & Action Alliances in the 5 REXUS pilots.

Q. What is the end result and benefit to stakeholders, from using Participatory System Dynamics Modelling in REXUS?

A. In the end, this complex analysis comes back to the stakeholders once again, who, out of the multitude of data and analysis, will receive a simple visual depiction of different future scenarios for the system, including the flows of all resource sectors across the Nexus. They will be able to clearly see the possible impact of different external threats, as well as of different policy choices. By rendering intricate connections that concern the future, visible now in the present, the dynamics of the Nexus effectively become concrete – no longer just a theoretical possibility or imperative ‘to manage resources efficiently’, but a practical reality that stakeholders can see themselves, and therefore properly manage. Last but not least, the participatory modelling increases the sense of ownership of modelling results, and therefore guarantees a REXUS legacy beyond the project’s duration.

Q. Can you give us a few examples of the insights that we might expect from REXUS’ use of PSDM analysis?

A. The PSDM analysis should provide multiple insights into the REXUS pilots, and the activities performed with the stakeholders (both interviews and workshops) during the first year will help clarifying the main local challenges and therefore targeting the pilot-specific contribution. Among the questions we should be able to answer in multiple pilots we could consider:

Overall, we believe that System Dynamics Modelling is an extremely effective tool for Nexus analysis, as it compels analysts from the outset to overcome the “silo” approach, characterized by the compartmentalization of the Nexus issues into separate resource domains. Moreover, SDM is allowing the REXUS project to take Nexus analysis to the next level, analysing cross-sectoral dynamics, impacts and trade-offs over time, to define the best strategies that increase long-term resilience.

System Dynamics is a simulation modelling approach to support strategy and policy design. It uses qualitative tools such as causal loop diagrams and fuzzy cognitive maps which help identify and visualise the inter-relationships between the range of different elements in the system. This can help reveal the nature of the underlying structure and whether the system responses will be self-balancing (and stabilising) or self-reinforcing (and thus driving runway growth or depletion). Quantitative approaches are often based on stock-flow models which can help understand how critical resources ae utilised and transformed when subject to wider system pressures. These pressures arise from the web of non-linear interconnections among the system elements. The main reason for using SD is to help describing complex dynamic systems and their potential evolution under different conditions, ultimately helping to inform better decisions. System Dynamics has been applied to multiple fields (from economy to ecology).